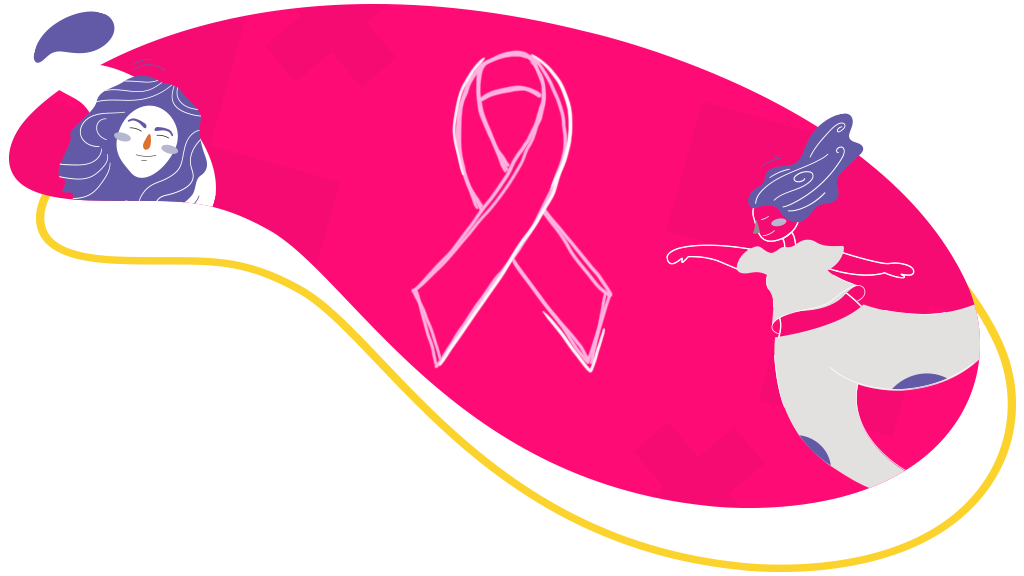 Breast cancer is probably at the top of every woman’s list of most feared diseases. In addition to the many concerns surrounding the illness itself, there’s also the high rate among women, its psychological effects and the impact it can have on one’s sexuality and self-esteem.

In the same way that we commemorate Yellow September, or suicide awareness month, Pink October aims to raise awareness of breast cancer and prevention measures that can be taken.

In the same month, October 19th was chosen to be the International Day Against Breast Cancer. On this day, efforts are ramped up to make sure awareness, support, and resources are provided all over the world.

The movement for breast cancer awareness began in 1990 with the first Race for the Cure. This was held in NY and promoted by the Susan G. Komen Foundation, which has been held annually in the city ever since.

In 1997, entities in California also began to promote activities aimed at the diagnosis and prevention of the disease, choosing the month of October to boost efforts to promote the importance of screenings.

In Brazil, breast cancer awareness campaigns have been held since 2002 but were not actually instituted by federal law until 2018.

Pink as a symbol of the fight against cancer was introduced by the Susan G. Komen Foundation, which provided pink hats to breast cancer survivors who participated in the Race for the Cure in 1990.

Later that year, the survivor’s program was developed and pink continued to be used as the foundation’s designated color to spread awareness.

In 1992, Alexandra Penney, Editor-in-Chief of Self Magazine, wanted to publish the second annual issue of Breast Cancer Awareness Month and encourage community participation. Penney created the pink ribbon and recruited cosmetic giants to distribute them in New York City stores.

Roughly speaking, breast cancer is the result of the multiplication of abnormal cells in the breast, which form a tumor with the potential to spread to other organs. These tumors can develop at different times, which makes early diagnosis essential.

In most cases, the body responds well to treatment when the cancer is diagnosed early enough, which can prevent the disease from spreading.

Statistics and data in the US

What are the signs and symptoms of breast cancer?

Self-examination is a huge ally in the prevention of breast cancer and is one of the most common ways of diagnosing the disease. Regardless of age, women must know their bodies and be able to identify abnormalities in their breasts. It’s important to get into the habit of watching, touching, and investigating the breasts for any variation.

However, it is important to emphasize that the self-examination does not replace the clinical examination performed by a specialist physician. Normally, for a woman to feel a nodule, it is possibly already large, and in many cases it could have been discovered earlier if there had been a doctor’s follow-up exam.

Every woman aged 40 or over should visit an outpatient clinic or health center for a clinical breast exam, including a mammogram, annually.

If  any changes are identified, a woman should immediately consult with their healthcare provider.

How to prevent breast cancer

According to the Ministry of Health of Brazil, about 30% of cases of breast cancer can be avoided by adopting healthy habits, such as regular physical activity, healthy eating, avoiding alcoholic beverages and choosing to breastfeed when you have children.

It is noteworthy that breast cancer does not have just one cause. Age is one of the most important risk factors for the disease (4 out of 5 cases occur after 50 years). Any actions taken are preventable measures; they do not make you immune to the disease. Unfortunately, there is nothing to guarantee that you will not have breast cancer.

Prevention and health care are always very important, and even moreso when we are away from our country and families. We don’t have the same support system that we would have “at home” and in the US, public healthcare does not exist.

Therefore, it is essential that you have health insurance so that you can receive periodic exams at the right times and ensure that any potential diagnosis is made in advance.

BRZ supports the Pink October campaign and encourages awareness of the need to pay attention to your health!