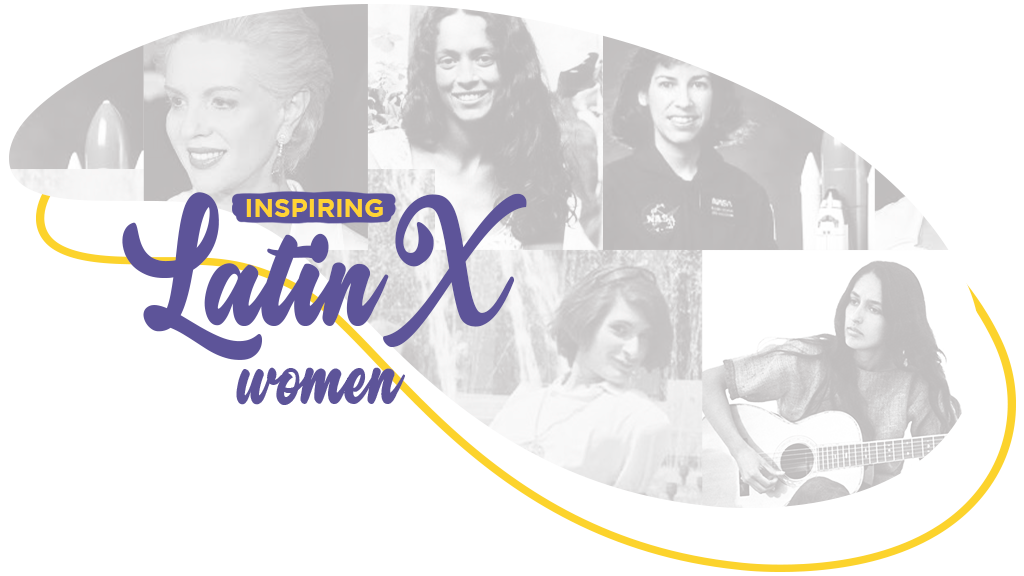 We’ve already talked about the statistical status of LatinX women in the US and how they transform their communities and the country. Nothing is more inspiring than knowing that women with similar backgrounds and conditions to ours are making a difference. However, we can go even farther!

We have selected 10 LatinX women who conquered the world and changed history in various fields. From Joan Baez to Sônia Braga, Latinas are showing their strength, courage and skill in science, the arts, law and politics and wherever else they dare to occupy. These women advanced in civil rights, politics, entertainment, and aimed for the stars– literally!

The daughter of a Mexican man and a Scottish woman, Joan Baez is an exponent of contemporary folk music. On stage for more than 60 years, and with more than 30 albums under her belt, Joan was a spokesperson for the anti-Vietnam war effort, and is still a civil rights activist today.

She sang “We Shall Overcome” at the 1963 March on Washington for Civil Rights, and her message of peace and hope has been etched in the struggle to this day.

We shall overcome, someday

Oh, deep in my heart

I know that I do believe

We shall overcome, someday”

Joan still stands up for human rights and her (breathtaking) voice and her ongoing struggle for justice for the marginalized and oppressed has secured her place in the history books.

Sylvia Rivera, a NY-born Venezuelan-Puerto Rican trans woman, was a pioneering LGBTQIA+ activist. Even in the 70’s she fought for trans rights, and is pointed out as the person who put the T on LGBT, and who supposedly threw the first brick in the Stonewall protests.

She created the organization Street Travestite Action Revolutionaries (STAR), which provided shelter and food to transgender people living on the streets of New York. She was also an advocate for ethnic minorities and the homeless and dedicated her life to helping others. Sylvia’s Place and Sylvia Rivera Law Project were named in her honor and still work for the safety and rights of queer people to this day.

Ana Mendieta was a Cuban-American performance artist, sculptor, painter and video artist. Born in Havana, Cuba, Mendieta became a refugee at age 12 when she fled regime change in her homeland for the state of Iowa.

She used the experience of displacement and abrupt separation from her homeland in her art. Most of her 200 works use the earth as her medium, drawing on native forms of knowledge, spiritualism and magic, as well as being deeply feminist in her approach and subject matter.

Like many artists of the past, Ana Mendieta, who died in 1985, was little celebrated in recent years, but finally, the art world is doing her work justice and putting her name in history.

On April 8, 1993, Ellen Ochoa became the world’s first Hispanic woman to go into space. Ochoa was aboard the Discovery shuttle for nine days while conducting important research on the ozone layer. In addition to that, Ellen went on to make three more space flights, and reached the mark of 1,000 hours in space.

And do you think that was enough? Ellen Ochoa was also the first LatinX director of Johnson Space Center in Houston, Texas in 2013 and is in charge to this day.

Julia Burgos was born in 1914 in Carolina, Puerto Rico. Despite being successful in her homeland, Burgos had to fight for recognition when she moved to the US in the 1930s.

Her poems speak to the beauty of Puerto Rico and celebrate her identity as a Black LatinX immigrant, themes that were not popular in American poetry circles at the time. Far ahead of her time, Burgos’ poems focus on themes of feminism and social justice, setting the stage for many LatinX writers.

The daughter of Puerto Ricans, Judge Sotomayor is the first LatinX judge on the U.S. Supreme Court and the third woman to serve as an associate judge on the Superior Court. She was nominated by President Barack Obama in 2009.

“Until we have equality in education, we will not have an egalitarian society.”

She started out in fashion working at Emilio Pucci’s boutique in Caracas and soon moved to New York. Often teaming up with Mick and Bianca Jagger and Andy Warhol at Studio 54, she became known for her dramatic style.

Today, Carolina Herrera runs the brand named after her, which is one of the most important, valued and celebrated brands in the world.

After Carmen Miranda, Sônia Braga is possibly one of the best known and most remembered Brazilian names in Hollywood. A muse of soap operas in Brazil in the 70s and 80s, the actress started her career in the US in cinema and participated in several films and series.

Sonia became world famous for the film Kiss of the Spider Woman (1985), which was nominated for four Oscars. Since then, the actress works between Brazil and the United States and has even appeared in Sex and the City and in the film Extraordinário.

She is the aunt of actress Alice Braga, another Brazilian actress who has established a solid career in both Brazil and the US.

The daughter of Mexicans, Maria Elena Salinas is the longest-serving female anchor on US television and is the first Latina to receive a Lifetime Achievement Emmy.

Salinas has worked in the US for over 3 decades and is broadcasted in 18 Latin American countries. Throughout her career, she has interviewed Latin American heads of state, rebel leaders, dictators and every US president since Jimmy Carter.

Called the “Voice of Hispanic America” ​​by The New York Times, she was co-anchor of Noticiero Univision, Univision’s flagship nightly news, and co-host of the magazine show Aquí y Ahora.

Already inspired? There are no barriers, borders and insurmountable limits for LatinX women, especially where there is unity, courage and most importantly, inclusive public policies. The struggle for representation of LatinX people is already great, with women also struggling with female representation.

Occupying spaces that have been denied to us for a long time opens doors for the next ones to come!